A Film by Sue Perlgut and Nils Hoover

Sue Perlgut formed Close to Home Productions in 2007 as an  independent film company specializing in socially relevant documentaries and web videos for individuals and businesses. Films include 101 Ways to Retire–or Not! which was produced, directed and co-written in 2007 with Christopher Julian and was broadcast on WSKG PBS, an official selection of the Buffalo Niagara Film Festival and winner of 2008 Mature Media Awards.  Other films include Stay Strong: Lift for Life, a strength training video for people aged 65 or older completed in 2007 and Beets and Beans: Living and Dying with Hospice, a half-hour documentary that dispels myths about Hospice care, completed in 2010. In 2020 Close to Home Productions completed a documentary about  It’s All Right To Be Woman Theatre, a feminist theatre troupe in New York City  during the 1970s, and has produced numerous informational videos for local agencies and businesses.  For more information, visit: www.CloseToHomeProductions.com

Since 2007 Perlgut has focused on filmmaking and theatre. A graduate of NYU with a MA in Educational Theatre, Perlgut has worked, for more than 40 years, as a director, performer, playwright, storyteller, puppet maker, teacher, arts administrator and producer of theatre in colleges, public schools, community centers and alternative performing spaces in New York City and Ithaca, N.Y. She is one of the founding members of It’s All Right To Be Woman Theatre, and currently directs the Senior Citizen Theatre Troupe of Lifelong in Ithaca, NY. In the 1970’s and 80’s she owned and managed two retail businesses: Djuna Books, a feminist bookstore in New York City, and Lucia, a women’s clothing store in Ithaca, N.Y.

Perlgut is a recipient of many local and national grants for her writing, directing and film work. As a volunteer, in Ithaca, N.Y., she served as president of the boards of the Kitchen Theatre,  Greater Ithaca Activities Center the Tompkins County Strategic Tourism Planning Board and Cinemapolis Ithaca’s local member supported independent cinema house. She helped to form her neighborhood association, South of the Creek Neighbors and was one of the organizers of the Ithaca Women’s March in 2017 which brought 10,000 protesters to Ithaca. View a short film here.

Perlgut has been a member of End Abortion Stigma for more than 6 years. As a member she tells her pre-Roe V Wade abortion story to college classes and pro-abortions rallies, makes videos, appeared on national TV and is networking with others in the Northeast for reproductive justice.  View their short video here. See their recent opinion letter to The NY Times, Sept. 21, 2021. Check out their Facebook page.

Native to Ithaca and graduate of Ithaca College, Nils worked as Assistant Director/Editor on his first documentary Beets and Beans: Living and Dying with Hospice (2011) with Director Sue Perlgut.  Often creating with musicians, Nils worked as a freelance filmmaker in Ithaca for several years. After moving to Austin, TX, working  with Sue Perlgut, Nils co-directed [connie cook doc]. In Austin Nils is currently shooting and editing a web series with a local sketch comedy group. Outside of film, Nils is a photographer and has begun exploring projection based arts with work ranging from multi-media theater to sculptural light installation.

Cathy Cook is the daughter of Constance Cook. She has worked as a fundraiser for nonprofits in Austin Texas and Ithaca, NY, and has served as board member for local non-profits. 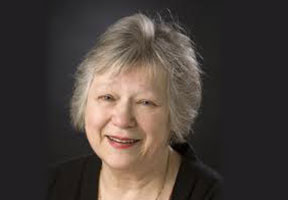 Carol Kammen is the Tompkins County historian (since 2000) and the 2005-06  Public Historian of the Year, appointed by the New York State Board of Regents. She has lectured and written extensively on New York history, including articles for the New York State Historical Association’s Heritage magazine and History News, the journal of the American Association for State and Local History. For 30 years she has written a weekly newspaper column on local history in The Ithaca Journal. She has published a number of books about Tompkins County and Cornell and  more than a dozen plays. 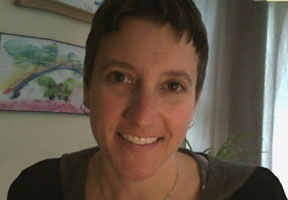 Ann DiPetta is a writing consultant in Ithaca, N.Y. (since 1999) and has authored and edited numerous grants, reports, blogs, and curricula associated with affordable housing, community stabilization and neighborhood revitalization. She actively volunteers in her community. 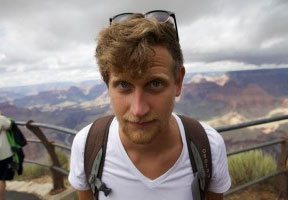 Chris foito is a visual artist exploring documentaries.  he was once told by a ‘person of importance’ that he is multi faceted, which is one opinion amongst many other opposing opinions. he is interested in creative endeavors, outdoor education, and storytelling in general.  chris has worked on many films, including the precise film you are currently interested in.  His hair is a medium brown and as a filmmaker and outdoor educator, expected to grey rapidly over the  financial years.

In the future chris hopes to continue working with Cornell University, Nils, Sue, and other creative collaborators.